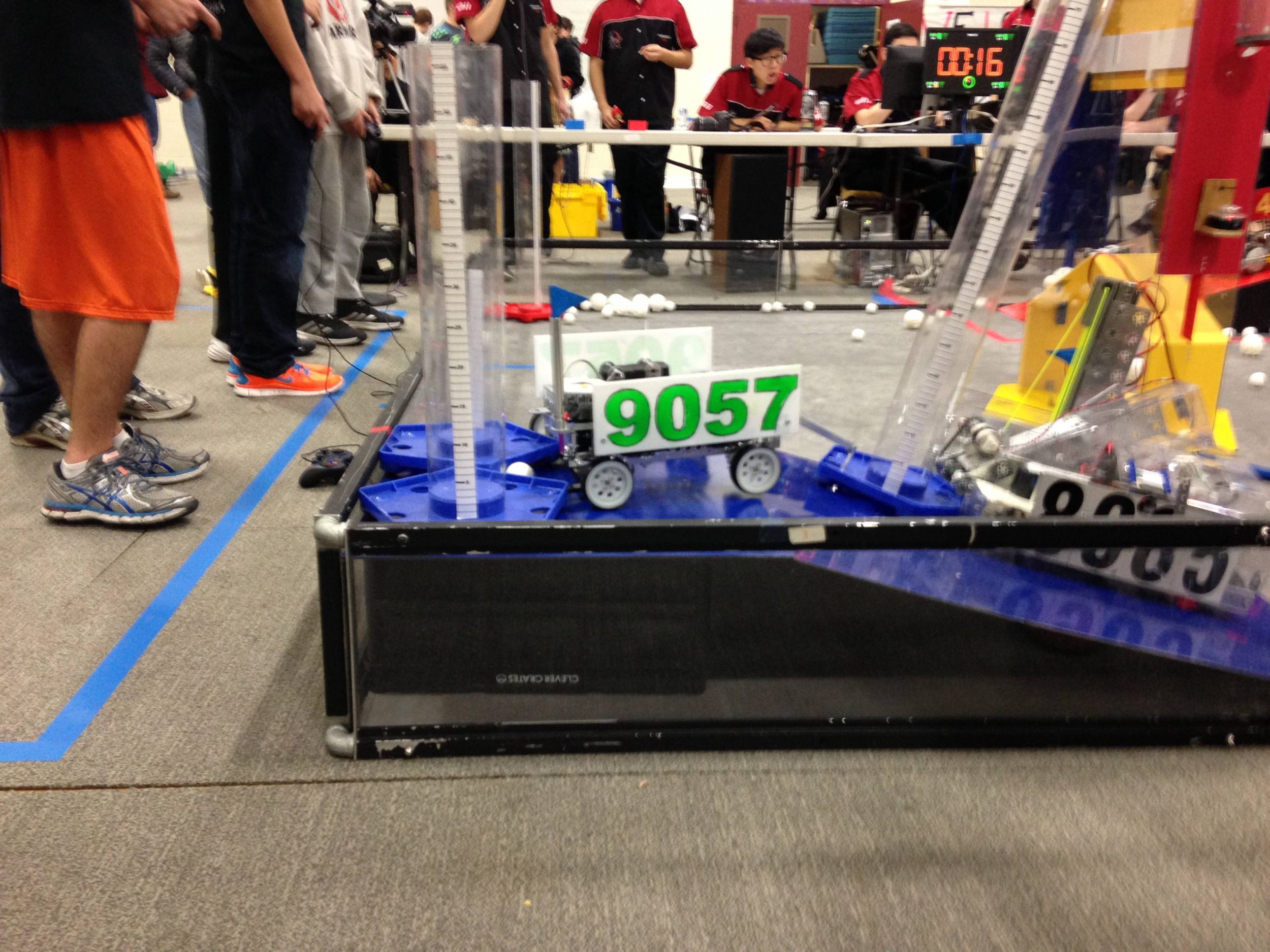 This year is our robotics clubs rookie FTC season, and the debut of FTC Team 9057. So far in the 3ish months since we started designing the robot, we have had many ups and downs, but on Saturday the 13th all of our hard work has payed off, and given us a overall 3rd place spot in our league. We had an overall record of 9-1-6, and while i know that may not sound impressive, the way that we did it is. The first half of the event was on November 22nd, and the night before this event we had a non functioning robot. We did not have working drive code, which had given us a total of zero chances to practice driving. Moral was low, and we were contemplating giving up. But an email from the league coordinator telling us that there were many other teams in the same situation as we were, and that we should all still go. So we went, and with a lot of hard work and a very generous donation of drive code from another team, we were able to get our robot to run. We ended that day with 1 win, 1 tie, and 6 loses, placing 11th out of 12. The next week we set to work on a new design that included a hook/grabby thing, an elevation system, and a pushing system. We worked for 3 weeks on this design, and on the day of the second competition(December 13th) our robot had all but the elevation system. Our strategy was to push one rolling goal up the ramp, then come back down, grab another rolling goal with our hook, and push the third up in front of us. We were hopeful, but not expecting much. But to our surprise (as in no one was even thinking this might happen) we won a game, and then another! And this new-found streak of good luck continued until we had gone 8-0-0, placing top in the rankings for the day, and boosted our overall spot up to 3rd place. Some incredible moments took place, and  some things happened that not even the luckiest people could have expected. We are not sure if we will be advancing to the next round, but if we do, we hope to continue our winning streak.